Mumbai was extraordinarily warm and humid in comparison to all the places we had been to previously. Must have been the smog which you could see for miles around.

As all the shops were shut we couldn’t go shopping although we had lost interest in that by now. The hotel offered very high end shops so my father in law bought a couple of shirts. My husband had a chat with a member of staff who said there was a nice bar round the corner but we didn’t venture outside of the hotel since Corona was starting to bite here.

To entertain myself having read the hotel magazine since it was the 4th Taj hotel we had stayed in; I picked up Parsis and Zoroastrians. There was also an artists corner at the hotel but it was too warm during the day to engage in this. There were many artefacts in the hotel to admire instead and of course the daily newspaper which was much more extensive than in Goa. All of the usual activities that you could engage in like having a tour of the kitchens being taught how to make Indian food or learning pilates in the gym were cancelled as was the art tour of the local area and the trip to nearby Elephant Island. I had to console myself with a picture of the Gateway to India through the window.

Our hotel though was filled with all manner of objects that I could admire and they even had a tour which you could undertake as they had so many. It wasn’t on but they were still willing to show you round the place just like they would organise a city tour because your tour operator had cancelled there out of safety precautions. All about the money like everywhere else in the world. Regardless here are some pictures of things that I walked past while I was there. 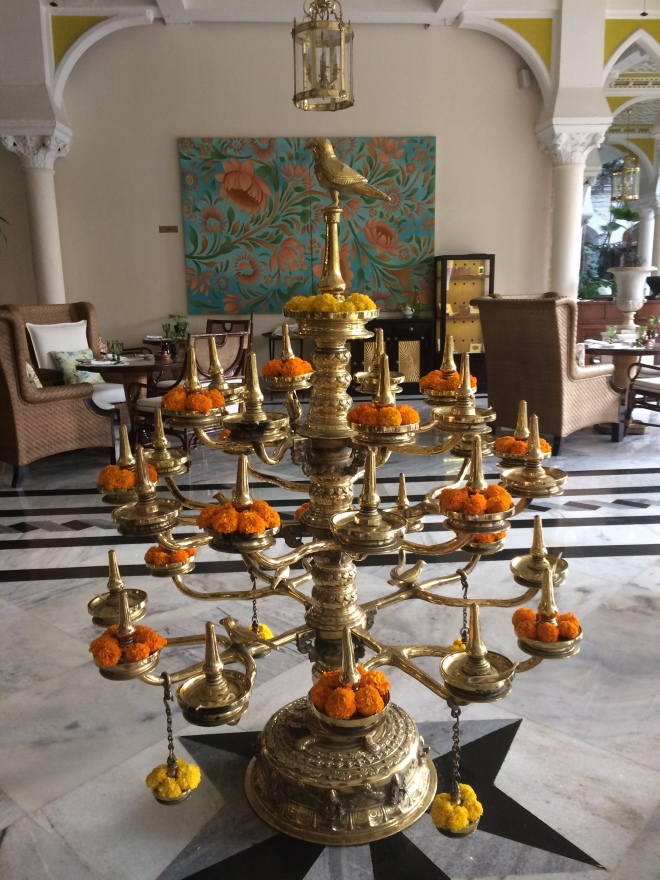 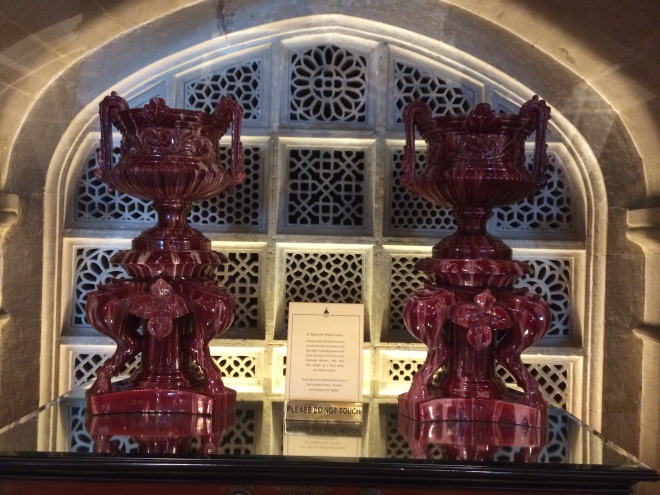 I also have included a special treat in that Mumbai airport was covered in artwork so I took pictures of that and wrote about it. Stay tuned to check it out.

So concludes my Indian trip but if you have enjoyed this please leave a comment, follow my blog and buy my books.